The Most Common Risks for Mining Industry Workers

Even though exposure to radioactive materials is not as common today as it used to be in previous decades, it can still happen. Uranium is present in both soil and rock, and it breaks down naturally and gradually over time. As a result, is a radioactive gas called radon is produced that can cause severe health risks and problems. Since the gas itself doesn’t have a color or a particular smell, it’s very difficult to detect it. 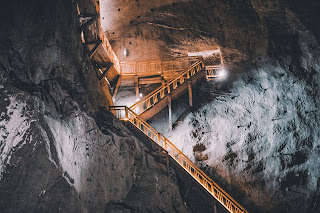 The good news is that radon is commonly diluted when we breathe it in, but the bad news is that the levels of radon are pretty high in poorly ventilated spaces such as mining sites. Seeing as the gas can cause lung cancer and can be difficult to detect, miners are at a high risk of exposure and should make sure the mining site is well-ventilated.

Lung damage due to coal

Speaking of risks to the lungs, we have to mention the devastating damage that coal dust can have on miners’ lungs. Smokers are at even higher risks due to the devastating effect of cigarette smoke on the lungs of both active and passive smokers. When breathed in, coal dust and particles can lead to chronic bronchitis, black lungs, and in extreme cases, even lung cancer. Fortunately, the number of miners with black lungs is significantly smaller today than it used to be in the past. This is due to the fact that safety equipment is of much better quality and more effective than before. The risks still exist even with the best equipment if workers aren’t using it correctly.

Back problems due to heavy lifting

While the situation today is much better than it used to be before, some things never change for workers in the mining industry – they’re doing a hard physical job. Modern technology and equipment have made the work much easier, though, as it’s easier to move around and do digging and lifting than ever before. Miners are doing a lot of heavy lifting and repetitive motions while in the mines, and as a result, they can suffer serious back injuries. Luckily, professionals such as Zokal Safety Australia offer useful confined space training so workers know what to expect in the mines.

Proper training can prevent pulled muscles and back injuries, thus saving everyone time and money.

Hearing damage due to noise

In the past, mines were much darker and not as accessible as they are today, but another thing that never changes is the level of noise. On the contrary, all the modern equipment and heavy machinery result in high noise levels that can seriously damage miners’ hearing. It’s not just the workers’ hearing that’s at risk, but their safety as well, since constant exposure to loud noise can lead to a loss of concentration. Distracted workers aren’t as efficient or as productive, and years of noise exposure can cause permanent hearing problems and hearing loss.

The reality of working in the mining industry is that you’ll be working long hours most of the time. Not just that, but the majority of daily tasks will be both physically and mentally demanding. When you add that you’ll be spending a significant amount of time in a dark environment, you understand why the job takes such a toll on workers’ health. The extreme conditions are the major cause of stress and fatigue, and the workers show symptoms similar to those of intoxication.

Even though some of these risks are very severe and can be frightening, you’ll be able to avoid most, if not all of them with proper education and preparation. It’s important to assess the risks and react accordingly, as you wouldn’t want to jeopardize your physical or your mental health. When you take the necessary steps to prevent these risks, you’ll find a career much more enjoyable in the mining industry.