Apple cider is often used at home because it is a popular home remedy. It has a variety of uses in the kitchen for cooking as well as a medicine too sometimes. Some people have used it to cure a number of health problems. These tips have also been supported by research. According to many researches apple cider vinegar has numerous health benefits. It has been backed by evidence that apple cider vinegar helps in weight loss, reduces cholesterol, lowers blood sugar, and also improves the symptoms of diabetes. However, since we have little research it still hasn’t been used as an alternative to therapy. Here are some health benefits of apple cider vinegar on health.

Another helpful property of vinegar is that it kills harmful pathogens like bacteria. In past vinegar has been a choice for people to kill lice, fungus, warts, and treating ear infections. This is because vinegar has disinfecting and cleaning properties. It is also said that 2000 years ago, Hippocrates used vinegar to clean wounds. This property of vinegar has also been used to preserve food. E.coli, a bacteria that spoils food can be inhibited from spoiling food if it is preserved in vinegar. So, if you do not like synthetic preservatives you can preserve your food with vinegar. Similarly, the bacteria which causes acne can also be killed with vinegar. However, it should be diluted in water before applying. However, research is still on going and we still have little evidence for vinegar treating acne.

Helps in Symptoms of Diabetes

This is one of the most amazing benefits of apple cider vinegar. It can help people with diabetes and reduce its symptoms. Diabetes is a disease which occurs when the body is unable to produce insulin to control blood sugar. This means that patients have a hard time regulating blood glucose levels. High blood sugar levels can also be caused by other chronic diseases and aging. People with diabetes can regulate their blood sugar levels by avoiding sugary foods and carbohydrates. Another beneficial food is apple cider vinegar. It can help regulate blood sugar levels. Insulin levels have shown response to apple cider vinegar in many researches. In a research article published by American Diabetes Association, the insulin sensitivity increased to 19% - 34% following a high carb meal, which significantly reduces blood sugar level because of vinegar.[i] Similarly, in a study of 5 healthy people vinegar lowered blood sugar by 31.4% when 50 grams of bread were consumed by the participants.[ii] While this research was conducted on healthy individuals another research conducted with diabetic people showed that apple cider vinegar can reduce fasting blood sugar by 4%.[iii] However, it is never a good idea to take vinegar before you consult your health physician. It is better to consult your health physician for the amount of vinegar you can take and if it is good for you to take it. You may also be taking blood sugar lowering medicine with which you cannot take apple cider vinegar. So, make sure you consult your doctor before taking it.  Also it should be made sure that vinegar can never replace medical treatment.

Vinegar helps people lose weight is one of the most highlighted health benefit of apple cider vinegar. Vinegar can trigger feelings of fullness which causes one to eat less and consume fewer calories. Hence, it helps in losing weight. When vinegar was part of a meal which was high in carbohydrates it showed that participants consumed fewer calories for the rest of the day.[iv] For people who were looking to reduce belly fat saw that consuming 1 tablespoon of vinegar led them to reduce 2.6 pounds while 2 tablespoons led them to reduce 3.7 pounds. This study was conducted on 175 people.[v] The study went on for 3 months so the effect seemed more modest. However, it should be kept in mid that you should only take it after you have consulted your doctor or health physician as it may cause some unpleasant symptoms in some people. Apple cider vinegar promotes the feelings of satiety and contains a very few calories, however it is also worth mentioning that there is no quick fix to get to a healthy weight and no food can replace exercise and a balanced diet.

This article explains some of the benefits of apple cider vinegar. However, anything in excess could be harmful to the body. So it is important to exercise moderation in your eating habits. Before you start eating something new in your routine it is important that you consult your doctor first. While the internet has information regarding everything from simple food like apple cider vinegar to technology like Doorbell Camera it is important to consider the pros and cons of each according to your own requirements before you start using them.
health 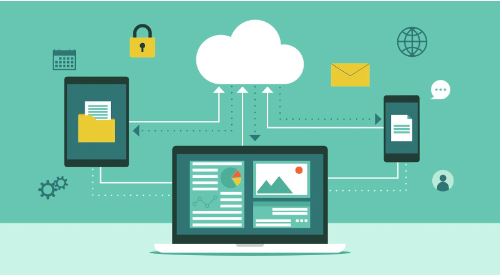 5 Things Every Web Application Development Company Must Do

A lot comes to mind when it comes to deploying web apps. Should I deploy the front end and back end together? Is my program capable of changes to get to the production phase? You may feel stuck, but know that deploying complete web apps is a pretty good feat in itself. However, that doesn't mean it has to be brain-racking, especially when you're ensuring certain ground rules are followed throughout the process.  It's common to not be able to keep up with the number of local files your code takes from. The secret is you have to stop overlooking the details and proceed one step at a time. This approach will only make your work easy and meaningful, while jumping actions may cause frustration and line up a daunting work pile. So, before we begin to walk you through the simple stepstones that you need to develop as good habits, let's have a look at the stages of deployment and how it all adds up.  Credits: AWS What Exactly is Software Deployment? The term 'deployment&#