Why People Start Smoking? How to Prevent it?

Smoking is a preventable cause of a huge number of morbidity globally. The diseases that smoking plays a big part in are not at all minute. They lead to major health issues and almost affect every system in the body. Many still succumb to smoking even if this is a very well-known fact. This is the common question though. Why? 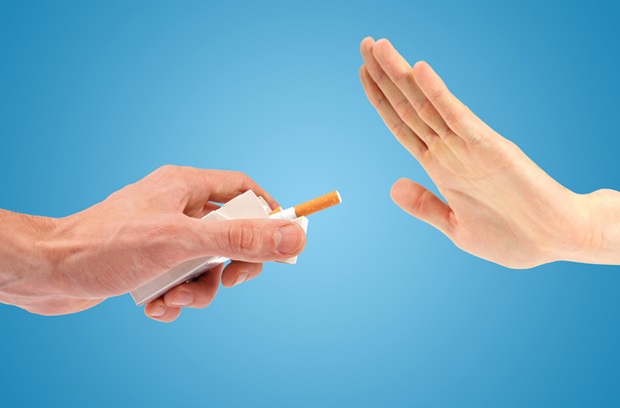 Smoking usually starts during the teenage years when the instinct for experimentation starts. Normally, these individuals who are attracted to this adolescent idea of misinterpreted adulthood or rebelliousness tend to come from problematic backgrounds for example schools with high cases of discipline records and an unhealthy growing environment. These affected individuals also tend not to be succeeding according to their own or society's terms. For example, children who are not performing in school, many with impaired psychological well-being and lack of self-esteem seem to be major contributing factors.

The desired image is enough for the young novice smoker to tolerate the aversion of the first few cigarettes, after which pharmacological factors assume much greater need. This would make one experience craving for cigarettes when they cannot smoke, make attempts to kick the habit, and report experiencing the whole range of nicotine withdrawal symptoms only to find ways to smoke again.

By the age of 20,80 percent of smokers understand the need to stop smoking but will be smoking for a big proportion of their adult lives due to these withdrawal effects and not being able to cope with it.

Nicotine is a drug that stimulates certain receptors in your brain to produce dopamine, a happy hormone. This is the critical feature of the brain addiction mechanism and is similarly seen in other drug misuses.There is a saying that says it is not how we start but how we finish. Although rarely used in this context, it surely can. So the bigger question would be not why but rather how. How do we prevent this from happening?. How do we chop off this habit from its root cause and stop new generations from picking up this deadly habit again?

Prevention is surely better than cure. Awareness is key to prevention. Thus education regarding this key matter should take place early in schools. Education merely would not do any good. Importance should be in improving protective factors and reducing risk factors that lead to smoking. Risk factors would include a low socioeconomic class, a child not participating in sports, a high number of outlets that sell and advertise their products, and many more. These risk factors should be minimized and eventually optimized in a way where clear changes in numbers can be seen. Apart from education for the young ones in school, an increased number of smoking cessation workshops should be held for adults as they could reduce their smoking and help with the bigger cause of not setting a terrible example for the younger generation.

Apart from this, new scientific research on this addiction would lead to improved ways of tackling this huge problem. In this modern era, science makes it possible to do many first thought impossible things. To add to this, important policy measures should be undertaken by the higher officials. Increased taxation and stricter laws would significantly reduce the younger ones to drop the habit. Smoke-free areas should be increased and any form of advertisement regarding smoking should be prohibited strictly.

Last but not least, parents should bring up a child in a conducive environment for growth. A parent can't be there in every step that the child takes but  deep moral values and ways of living are adapted from the parents by the young ones. A child should be educated to lead a healthy lifestyle and to strengthen their minds at a young age. A parent should also be considerate and support the child and help the child get out of this terrible habit.

Thus let us all fight this terrible pandemic. Let us all educate one another. Let us all become a better nation for ourselves and our future generations.